Duke’s NCAA Basketball team, the Blue Devils, will travel to Canada to take on three top U Sports Basketball Teams. Duke University will be facing Ryerson University, University of Toronto and McGill University from August 15th to August 19th. Under the leadership of coach Mike Krzyzewski, Duke’s men’s basketball team is headlined by highly touted recruiting class of Zion Williamson, Cam Reddish and Mississauga’s own RJ Barrett. Games will be played in succession from one another, starting with Duke Vs Ryerson on the 13th, Duke Vs University of Toronto on the 15th and Duke Vs McGill on the 19th. The games against Ryerson and UofT will be played out of the newly renamed Paramount Centre (formerly known as the Hershey Centre) in Mississauga while the game against MCGill will be played in Laval, Quebec at Place Bell.

Tickets are on sale now through eventbrite, and you can use the Toronto Team package discount code DukeinCanada2018 to purchase your ticket. Included in this package is the opportunity to watch a Duke University practice, hear from Coach K, 15 pieces of Duke memorabilia and be entered into a draw to be a part of player introductions. 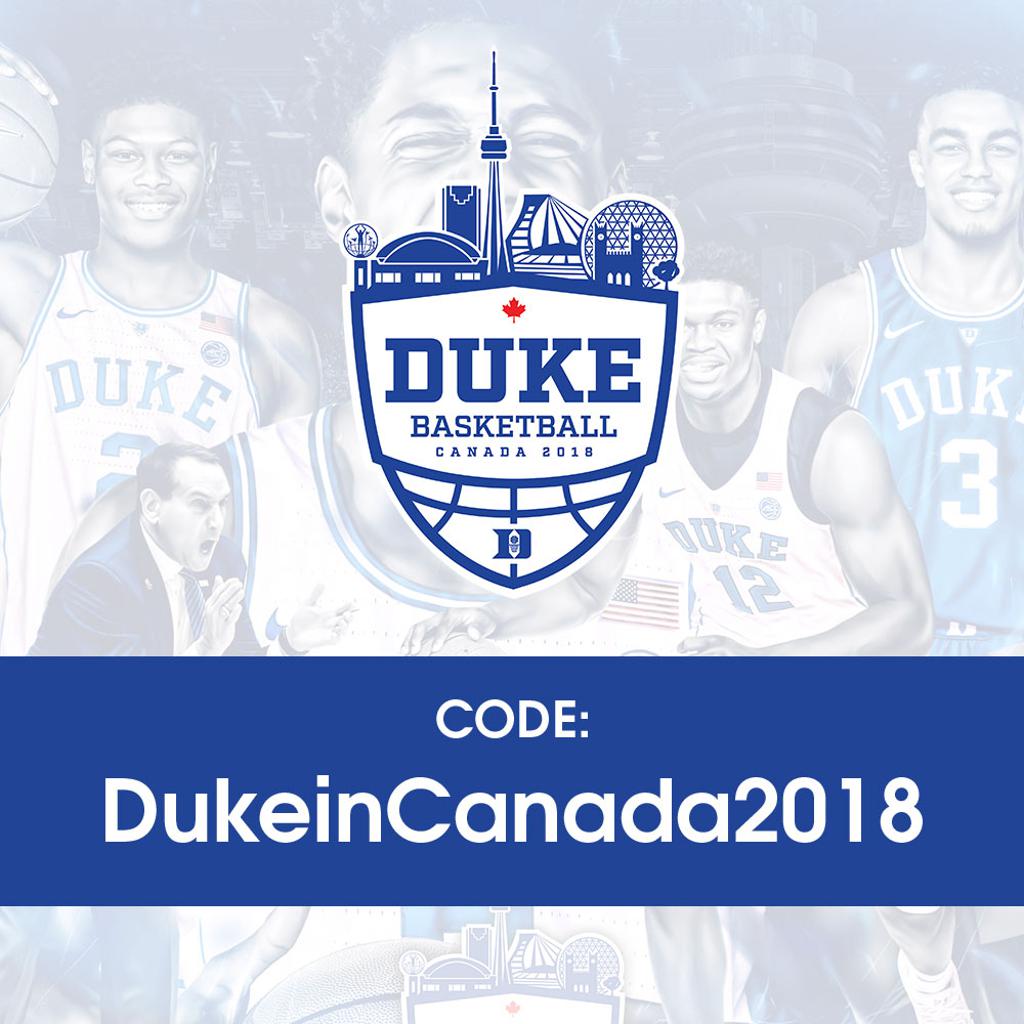 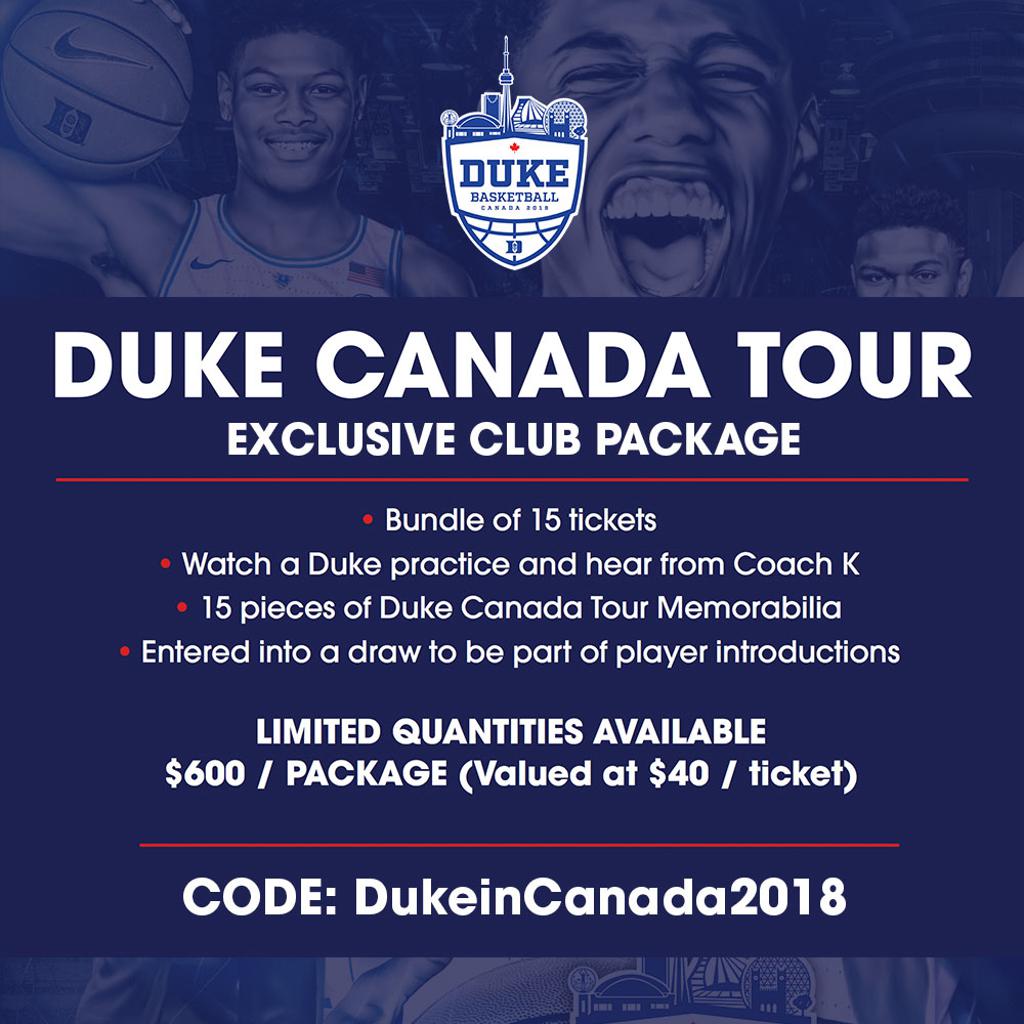